The concept of a Massage is the manipulating of superficial and deeper layers of muscle and connective tissue using various techniques, to enhance function, aid in the healing process, decrease muscle reflex activity, inhibits motor-neuron excitability and promote relaxation and well-being. Massage involves working and acting on the body with pressure – structured, unstructured, stationary, or moving – tension, motion, or vibration, done manually or with mechanical aids. Target tissues may include muscles, tendons, ligaments, fascia, skin, joints, or other connective tissue, as well as lymphatic vessels, or organs of the gastrointestinal system. Massage can be applied with the hands, fingers, elbows, knees, forearm, and feet. There are over eighty different recognized massage modalities.

Archaeological evidence of massage has been found in many ancient civilizations in oriental Asia, India, Egypt, Europe (Rome, Greece) and elsewhere. Massage has developed continuously in China for over 5000 years and with the beginning of recorded history (720 BC), massage techniques (and how they should be used in the treatment) were specified and with it the foundation of Traditional Chinese Medicine TCM. Over the next centuries massage types and techniques have spread over the Asian continent, around 500 BC, Traditional Thai massage, based on a combination of Indian and Chinese traditions of medicine such as acupressure, reflexology and yoga. There are biblical references in 493 BC which documents daily massage treatments with oil of myrrh (as a part of the beauty regimen of the wife of Xerxes). Long before, in 2330 BC, there is the famous Egypt painting ‘Tomb of Akmanthor’ which shows two men having work done on their hands and feet, presumably massage. In 460 BC, Hippocrates referred to massages in one of his work. It was not until 1779 AD when Chinese medical techniques used by Taoist priests were translated into French and published in Europe. In 1813, Henrik Ling developed what is called today ‘Swedish Massage system’ and its techniques are still known today by their French names (effleurage, petrissage, friction, tapotment and vibration).

If you were happy with our service or if you like what you see on our Facebook site, we would appreciate if you share our Facebook page with others and thank you in advance for any positive review.

If, for some reason, you were not happy with the service you received or should you have any queries or concerns, please contact us and we will try our best to resolve the problem to your full satisfaction.

Thankyou and hopefully see You soon! 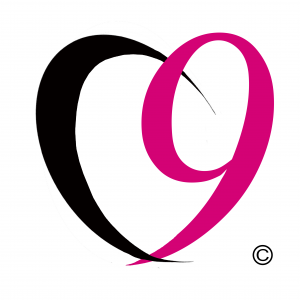 Quality Service with a Personal Touch     -    We believe in it, You deserve it!

Originally we started as Cloud9Massage but have renamed the Business to C9NailsMassage since we are now fully trained, qualified, certified and insured in Nail Art, Nail Tech, Manicure/Pedicure and Holistic Massage.

Unlike certain 'non-standard' high street Salons, we strictly follow saftey procedures to protect your natural nails and health. For example, we disinfect and sterilise our tools before and after each client, we use liquid containing EMA rather than MMA when doing Acrylics and we don't use electric drills. Please see our FAQs page for more info.

Our Mobile Massage Service allows us to offer Massage Treatments in the comfort of your own home within 7 miles of our premises or further if multiple/group bookings.